Ways to Stay Hydrated in the Summer Months 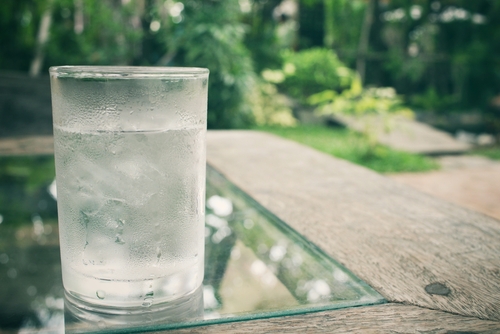 Water makes up approximately 60% of one's body weight and plays an important part in bodily functions in every system. When a person does not get enough water in his or her system to make up for water loss due to sweat, urination and other natural causes, the body is unable to perform its normal functions. This is known as dehydration and when it occurs the body will begin to display certain signs such as headaches, increased thirst, dry mouth, dizziness, heart palpitations and fainting, to name a few. During the summer when temperatures are at their highest, people are more likely to experience dehydration as a result of heat exposure and failure to drink adequate amounts of water. This can be dangerous and even deadly. Fortunately there are ways that people can easily stay hydrated, and healthy, during the summer.

Not all water has to come from a fountain or a bottle. Eating certain foods such as fruits and vegetables is a smart and versatile way to help stay hydrated. They make it easier for people to meet their hydration needs particularly when there is limited access to water. Foods that have the highest percentage of water include, but are not limited to, watermelon, strawberries, cantaloupe, grapefruit, tomato, celery, lettuce, and cucumbers.

Switch from Soda to Water

In efforts to stay hydrated some may turn to sodas instead of water. The caffeine found in most sodas can make a person more dehydrated. During the hot weather months a person's goal is to stay hydrated first. When reaching for a drink to quench one's thirst, people should instead drink water. If having difficulty transitioning from sodas to water, sparkling water may make it easier for people to switch.

Keeping a water bottle on hand is a habit that can help reduce the risk of dehydration. When a person is accustomed to having water available he or she is more likely to drink from it without consciously thinking about it. A person can also easily keep track of how much water is being consumed in a day. When choosing a water bottle it is important to select one that fits into a person's lifestyle in terms of size and appearance. Additionally, water bottles should be cleaned regularly to avoid bacterial and fungal growth.

Have a Water Bottle at Your Desk

It is important to keep water available while working even when one's job is indoors. During the summer a work place is likely to have the air conditioning running throughout the day. While this keeps employees and clients comfortable, it creates a dry air environment that could affect hydration. While working a person may not think of drinking water if it isn't right there in front of them or they may not have the time to stop and get a drink.

Drink Plenty of Water While Exercising

During the summer months, people continue to exercise and remain active even when temperatures are high. Because of the heat, people are also losing water more quickly as sweating increases in its efforts to cool the body down. While exercising a person should drink water before they get started, during the course of their workout, and after. Even when a person does not feel thirsty, he or she should make certain to take a drink water at least every fifteen minutes during the workout.

Put in Fruit or Basil to Spice up the Flavor

For some people their lack of proper hydration comes down to the simple fact that water just isn't appealing to them. For people who can't tolerate the taste or idea of drinking plain cold water, there is always the option of pumping up the flavor with the addition of fruit or even vegetables, For example, cucumber slices can enhance the flavor as will a slice or the juice of a lemon. Even certain herbs such as basil or mint can enhance the flavor of water to make it more tolerable.

Drink Water With Every Meal

Drinking water with every meal is a foolproof way to ensure that people are getting much-needed water during hot weather and will also help create a positive habit. In addition to keeping a person hydrated, this habit will also help them to consume less food during their meal. Dehydration can often make a person feel as if they are hungrier than what they actually are. By drinking a glass of water a person who has been out in the heat will have a more accurate grasp on their hunger.

Urination is another way that people lose water. As with sweating, if that water is not replaced one runs the risk of dehydration. If urine seems dark, it is an indication that a person is not consuming enough water. If this is the case the individual should increase water intake, starting with a glass of water after he or she has urinated. However, if a person is urinating frequently such as every thirty minutes or hour, it is possible that he or she is drinking too much. In this instance drinking water after he or she has urinated is not necessary as it can cause over-hydration.

Alcohol can cause people to become dehydrated because it is a diuretic. This means it is an even worse dehydration threat during hot weather. When drinking alcohol, whether at a dinner or a party, people should ensure that they are also getting water into their systems. To prevent dehydration a person should drink water while he or she is drinking alcohol and consume a glass of water after the drinking has come to an end.

Like alcohol, caffeine is a diuretic. This means that it can cause dehydration due to increased urination. When drinking beverages that contain caffeine such as iced coffee or tea, a person should also have water on hand. Ideally, for every cup of caffeinated drink, a person should also drink a cup of water to replace what will be lost.