The Future of Purified Water: How Technology Will Shape the Way We Drink H2O 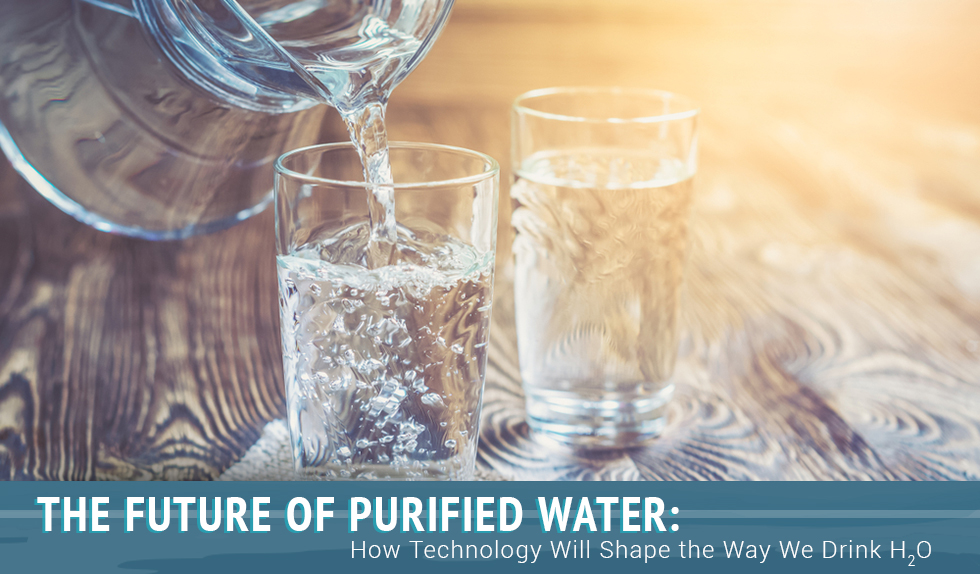 Significant progress has been made in the last 20 years to deliver safe drinking water and sanitation to people throughout the world. However, every day, billions of people still live without these services. The Center for Disease Control (CDC) estimates that 780 million people worldwide lack access to safe purified water sources and 2.5 billion people suffer from the absence of proper sanitation (more than 35% of the world’s population). The number is estimated to reach 1.8 billion in less than ten years.

Water covers nearly 70% of the earth, though only 2.5% is fresh and over half of it is trapped in glaciers and snowfields. The rest is ocean-based and saline.

As demands for water increase in the future, technological developments will play a crucial role in the purification of water and the assurance that a sufficient supply of purified water will be available for the world’s population. 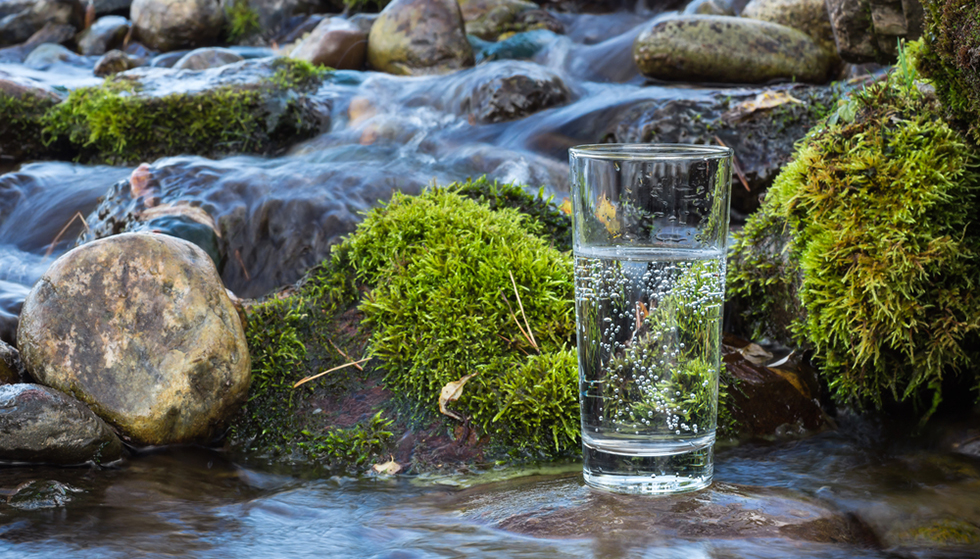 The EPA claims that recycled water is sufficient to meet most of any future water demands, provided the water quality meets minimum sanitation requirements.

Use of recycled water is a proven technology, but its deployment is capital intensive. To be successful in the future, these processes must be supplemented by financial incentives, and technology innovations are needed to significantly reduce costs.

Earth’s oceans offer a potentially unlimited supply of water—enough to meet the needs of 50% of the world’s population. Reverse osmosis is the most common desalinization technology used to convert the ocean’s saltwater into fresh water. A water purification process, reverse osmosis uses a semipermeable membrane to eliminate salt, molecules, ions, and other particles from ocean water. Desalinization plants are in operation today and supply water to dry countries like Saudi Arabia, Israel, and even drought-prone areas of California.

While the reverse osmosis desalinization process is effective, it requires considerable energy to push water through the membranes, and energy is expensive.

The Cost of Desalinating Water

The construction cost of a desalination plant is approximately $1 million for every 1,000 cubic meters per day of installed capacity. A large-scale desalination plant with the capacity to serve 300,000 people typically costs $100 million, not including the water distribution infrastructure cost. The operational cost is high as well. The average U.S. consumer will pay from $2.50 to $5 per 1,000 cubic meters for desalinated water, compared to $2 for conventional freshwater.

The Orange County Water District states that groundwater costs $402 per acre-foot (an acre-foot is about 326,000 gallons—enough for two average American families). Water that the county must import costs $1,059 per acre-foot. Desalinated ocean water from the plant in San Diego costs between $1,900 to $2,100 per acre-foot. The use of desalinated water raises the average household bill by $3 to $6 each month.

Although the price difference is substantial, the gap could be reduced with population growth, dwindling natural resources, and increasing costs of local groundwater or imported water. Future technology improvements could reduce the cost of desalinization, making the difference even smaller and the process more economically attractive.

Aquaporin, a Danish company, is developing a technology that imitates the human body by creating the same molecules our kidneys use to effortlessly separate water from waste. Their reverse osmosis membranes with improved water flux and rejections will drastically improve desalination economics and product quality.

MIT scientists are developing a two-dimensional membrane with a single atom thickness from graphene. Discovered in 2004, the unique form of carbon is one million times thinner than paper and requires less energy to separate the salt from the water than current membranes. The perforated graphene filters can handle the desalination plant water pressures while providing hundreds of times better permeability. The technology will need to be scaled up to be commercially feasible. 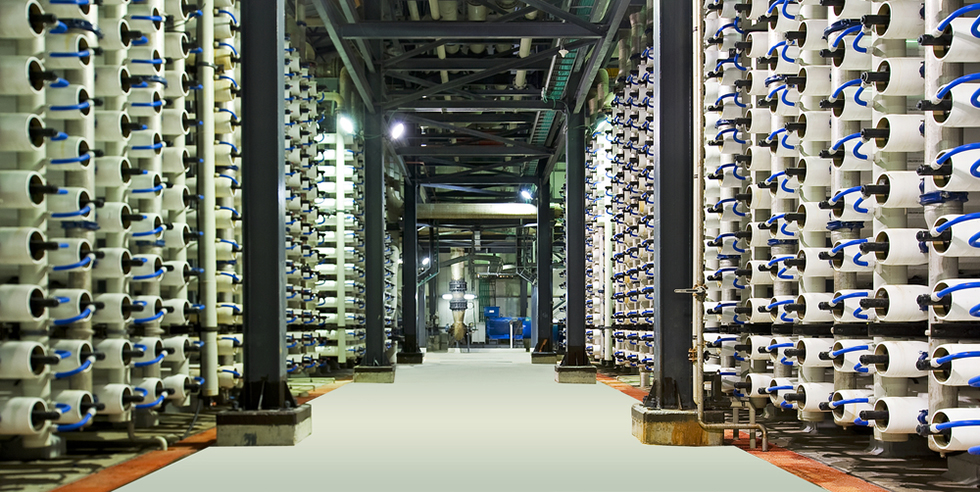 In the future, as water resources become scarce, the requirement for state-of-the-art and cost-effective treatment technologies will increase. These are just a few of the emerging technologies that show promise.

UV disinfection has become a valuable process for wastewater treatment in some advanced facilities. The physical procedure instantaneously neutralizes microorganisms as they pass by ultraviolet lamps submerged in sewage. The process has no impact on the chemical composition or the dissolved oxygen content of the water. However, implementing the technology is expensive, making it cost-prohibitive for most treatment systems.

Pulsed UV is a new technology based on a xenon lamp. Each energy pulse is substantially bigger than that produced by mercury lamps, resulting in a much higher microbicidal effect while using much less time for sterilization.

Energy stored in a capacitor is released to the lamp in short, high-intensity pulses. Each pulse occurs every 30 milliseconds and lasts for less than one millisecond. The intensity of each pulse is believed to be about 107 mW / cm2.

Pulsed UV lamps can also turn on and off instantly, further reducing energy costs and lamp maintenance and improving safety on high-volume manufacturing lines. By some estimates, use of pulsed UV over mercury vapor lamps reduces the average power requirement from 6,000 watts to less than 1,000 watts. Numerous municipalities have implemented the pulsed UV technology. 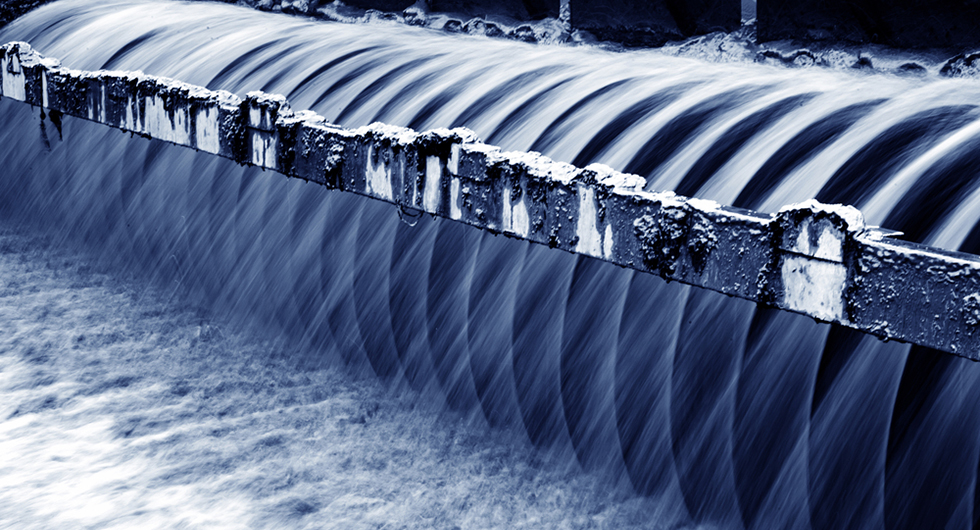 Nanotechnology is currently playing a vital role in water purification techniques. Nanomembranes are used for the removal of physical, chemical, and biological contaminants and for softening the water. Several different types of nanomaterials and a variety of techniques are implemented in water treatment processes for providing safe drinking water with a high level of effectiveness.

Recently, researchers at the Indian Institute of Technology developed a nanoparticle water filtration system that cost only $16. Although inexpensive water filtration systems are not new, this was the first system that can remove chemical components like lead and arsenic. Iron- and arsenic-trapping ions released by nanoparticles form the chemical filter. The water purifier has several levels of membranes to block contaminants.

Advanced oxidation processes (AOPs) are near-ambient-temperature treatment processes based on highly reactive radicals, with the primary oxidant the hydroxyl radical (•OH). Hydroxyl radicals are highly reactive and, consequently, short-lived. However, the •OH radical is one of the strongest oxidizing species with a redox potential of 2.8v, which is almost double the redox potential of chlorine.

Industrial applications and laboratory testing indicate positive results from the use of AOPs and have demonstrated the following benefits over conventional treatment processes:

The AOP process is very effective at cleaning non-degradable or biologically toxic materials such as petroleum constituents, pesticides, aromatics, and volatile organic compounds found in wastewater.

One of the newest methods of water purification and filtration was developed at Michigan State University, and it offers great potential. The filtration technology processes cow manure, creating filtered water for use as fertilizer. The abundance of cows worldwide makes the process promising. Since cow manure is predominantly composed of water, 1,000 cows can yield nearly 10 million gallons of manure a year.

The anaerobic digester technology used is a group of processes absent of oxygen, in which microorganisms decompose biodegradable material. The industrial application uses the process for managing waste or producing fuels. The Michigan State system produces energy from waste and utilizes an ultrafiltration, reverse osmosis system to acquire the water. Livestock can drink the filtered water.

The EPA created the WaterSense certification process for home sprinkler system controllers that act as thermostats for the irrigation system.

While traditional home sprinkler systems use standard clock timers, WaterSense controllers determine plant water requirements and optimal watering schedules based on local weather and landscaping conditions. The irrigation system reduces the use of purified water and energy consumption. The EPA reports the system implementation could save the average home 8,800 gallons of water annually.

Future purification will not be limited to large-scale water and wastewater treatment but should also see many distributed technological developments. Huge savings in power consumption and pollution can be realized by simply integrating drinking water treatment systems into appliances, making them more efficient.

Automobile: Drinking water filtration systems are being developed for use in motor vehicles that would collect outside air and water, process it, and deliver a chilled drink to the driver and passengers at the dashboard.

Shower: The average American consumes about 17.2 gallons of water during a shower lasting 8.2 minutes. For a family of four, assuming each member takes only one shower per day, that represents about 70 gallons of water per day. A shower system is now available that recycles its water like those used by astronauts in space. 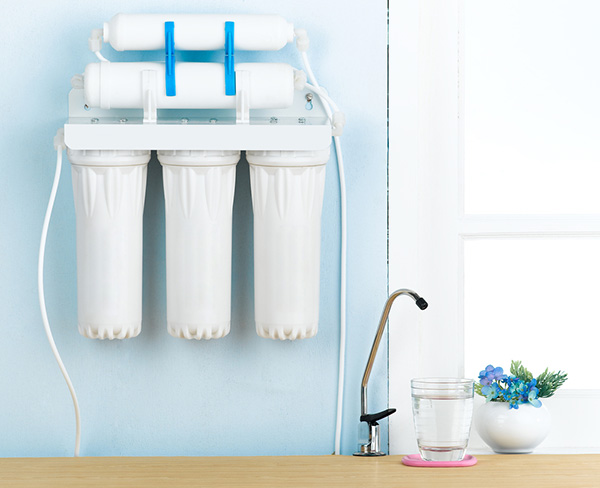 Hot tap water that enters the drain is instantly purified to drinking water standards and then pumped back out of the showerhead. The closed-loop system is so quick, the water remains hot and only needs to be slightly reheated. The result is a savings of more than 90% in water usage and 80% in energy for every shower.

Flushless urinal: In use since the early 1990s, these devices are installed in airports, football stadiums, and modern offices. They are designed to recover 96% of the water contained in urine, which passes through a lighter-than-water sealant that traps odors. Savings from a single flushless urinal is estimated at over 20,000 gallons of water a year.

New Toilet Designs: The Reinvent the Toilet Challenge initiative in 2012 was organized by the Gates Foundation to address the more than 2.5 billion people in the world who lack access to safe, sanitary toilets. Among others, engineers and researchers at Caltech won the challenge with their toilet design that turns waste into fertilizer.

An electrochemical reaction, powered by a solar panel, breaks down human waste into solids for fertilizer and hydrogen for fuel cells which are stored in the reactor to power the toilet when energy from the sun’s rays is not available. Flushed water is pumped back up and recycled. No sewer connection is needed, making the toilet completely self-contained. It has an estimated lifetime of 20 years, is energy efficient, and costs only 11 cents a day to run.

Although the toilet is still in a trial phase, including a project running in India, the Kohler company is developing designs for large-scale production. 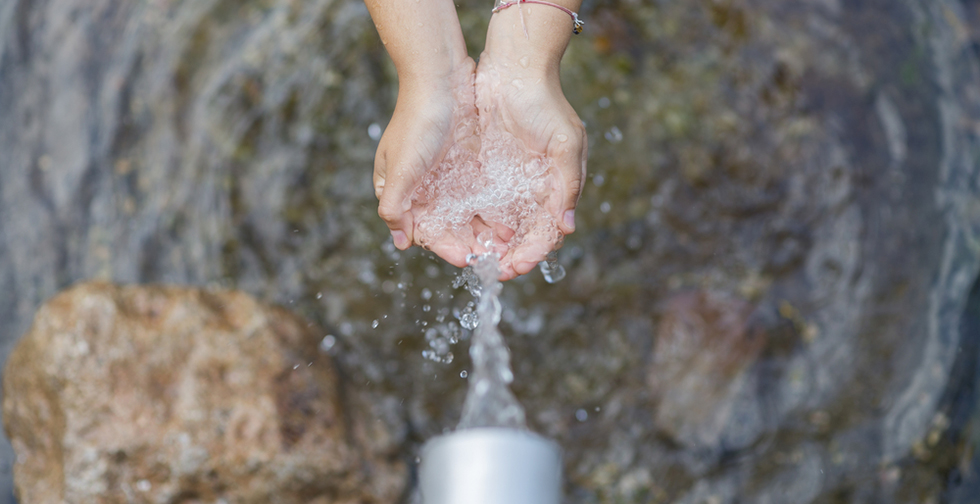 In a world where one in nine people live without access to clean drinking water and about 3.4 million people die each year from water-related diseases, water purification has reached near-crisis proportions.

Significant progress has been made in recent years to conserve, recycle, and purify water utilizing technologies like desalinization, Pulsed UV, AOPs, and closed-loop- showers. These are just a few examples of many new technologies which are under development and an indication of future requirements. To be effective, these technologies must demonstrate functionality and reliability but, perhaps most importantly, they must be cost-effective.

The challenge will be to make these new technologies cost-competitive with traditional technologies and, therefore, affordable for the average person.