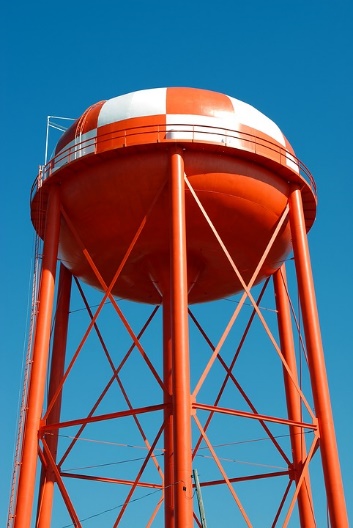 When was the last time you turned on your tap without also taking it for granted that water would promptly come pouring out of it? If you’re like most people that rely on a municipal water supply, this has probably never happened to you. In fact, reliable access to as much clean, free-flowing water as you need is such a given in today’s society that most people never stop to wonder why the water never goes “out” the way the electricity, phone, or cable might.

You have the wonder that is the modern water tower to thank for the reliability of your water supply. But how do water towers actually work? Why do we have them in the first place, and why are they so tall? Here we’ll go over the answers to these questions and more.

Why do we need water towers?

The municipal water systems we rely on for clean water sometimes experience problems just like power grids and other utilities do. That said, there needs to be a failsafe in place in case of emergency. That way, people retain their access to water while any issues with the system are fixed. Water towers are that failsafe, and they’re very good at doing their job. They’re even capable of maintaining the water supply in the event of a large-scale power outage. Water towers help supplement the needs of a given area during periods of higher water use, as well. 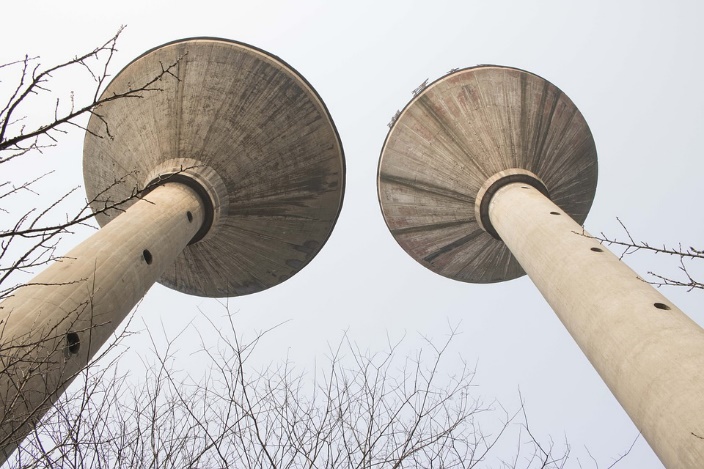 Why are water towers tall?

Once you get to thinking about it, the need to maintain a backup water system in case of an emergency makes sense, but other parts of the equation may not. Why are water towers situated so high up in the air? Wouldn’t it be easier to just maintain a large pool of water that’s right there on the ground?

Water towers need to be tall in order to provide sufficient hydrostatic pressure to deliver the water to the buildings that need it. The taller the tower, the greater the amount of pressure it’s able to provide. It’s estimated that each foot of such a tower’s height is capable of providing a little less than half a pound of pressure per square inch.

How many gallons of water can a water tower hold?

While volume capacity will vary somewhat from tower to tower, even your basic water tower can hold an astronomical amount of water. Consider the fact that the average swimming pool holds about 20,000 gallons of water. The great majority of water towers are capable of holding around 50 times that amount – an amazing one million gallons total!

The size of a given tower’s water tank can vary drastically. However, most are designed to contain enough clean water to supply a town for one day. Each is designed by scientific and mathematical experts to adequately meet the needs of the area it supplies. 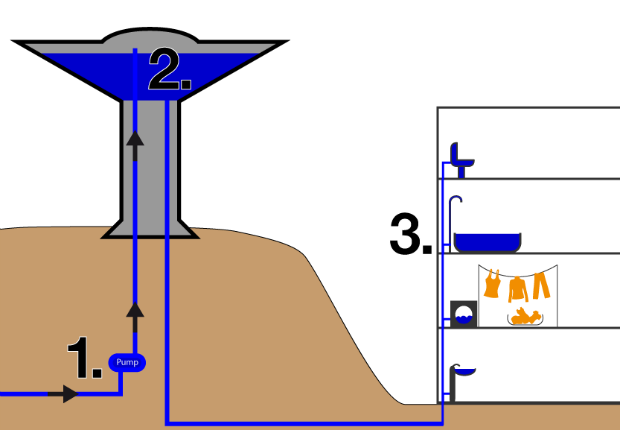 When and how are water towers used?

Most cities see overall water usage fluctuate throughout the day, of course. Take the mornings, for instance. Nearly everyone is up and getting ready to start their day. People are showering before work or school, as well as making breakfast and taking care of other tasks that might require clean water. That’s a lot of water usage compared to …  say … two in the morning when only a few people might be up and tapping into the supply.

If there were no water tower in place, the city would need to distribute the water solely via a water pump instead. That pump would have to be big enough and strong enough to keep up with the highest level of demand the city might see over the course of the day. However, the power and capabilities of such a large pump would be wasted pretty much all the rest of the time.

Because of your local water tower, your city can instead buy a pump that’s just big enough to cover the average amount of usage over the course of a day. The water tower takes care of the rest at a mere fraction of the cost and resource use. After a period of high usage passes, the pump also works to replenish the supply of water in the tower.

As you can see, the water towers that are such familiar fixtures in your area are the very furthest thing from obsolete. They’re an important part of the system that lets you absolutely count on that tap day in and day out.