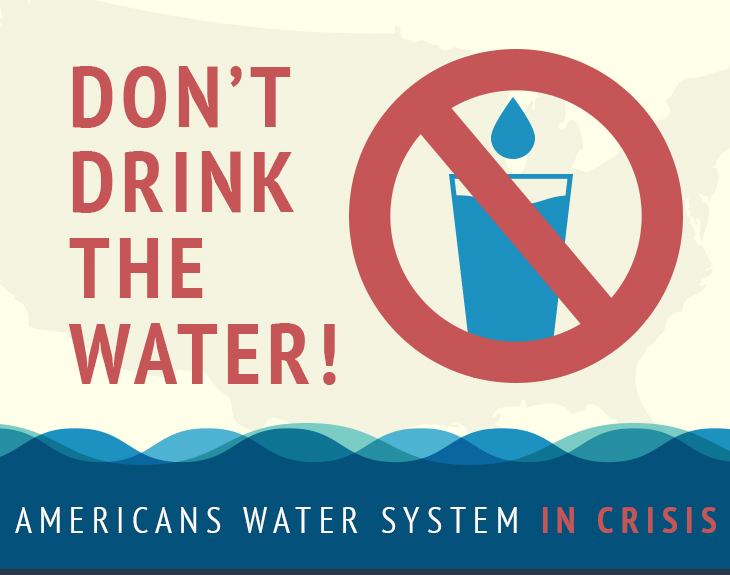 We take water for granted. We expect easy access to water for drinking, cooking and hygiene. Plus, we want it to be affordable, safe and available.

Of course, different locales have different minor water issues. Some towns may use well water, which may require filters at home. People using wells may find they run dry when they have received little rain. But these are minor inconveniences most of the time.

Sometimes, however, easy access to water is completely disrupted. These situations have made news recently, and point to significant concerns with the American water infrastructure.

Flint is a city in central Michigan. It is a community almost 200 years old and was a major industrial center in the mid-20th Century. In fact, General Motors was founded in Flint in 1908. Beginning in the late 1970s, however, the process of deindustrialization began to affect the city. 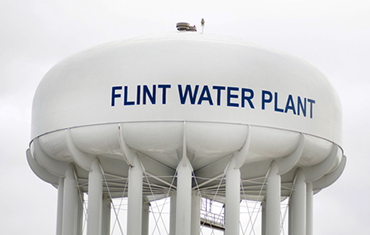 Manufacturing jobs vanished, and by 2011 the city was in a state-defined fiscal crisis. Several emergency managers were appointed to run the city. One of the responsibilities of the city manager is to find ways to save money.

In 2013, the city changed where it got its water. City officials determined that building a city-owned pipeline to a new water authority would save $200 million over 25 years. The city disconnected from its current supplier in April 2014.

Pipelines take time to build, and city officials decided to get water from the Flint River from April 2014 until the connection was operational. The city declared that Flint River water was safe, but the water was not checked for a risk of pipe corrosion.

Within weeks, residents were complaining about the smell and taste of the water, and subsequent tests of the water showed it was 70% harder than the water previously used from Lake Huron. In August, the detection of E. coli and other coliform bacteria caused an increase in the water’s chlorine levels. In October, General Motors changed its water supply to obtain water from Lake Huron, citing the corrosive effect of the higher levels of chlorine.

Over the course of 2015, the situation deteriorated. In February, the water in Lee Anne Walters’ home contained 104 parts per billion (ppb) of lead—the EPA limits lead to 15 ppb. Virginia Tech researchers found lead levels at 13,200 ppb—water is hazardous waste at 5,000 ppb. In April, the EPA revealed the city had not installed corrosion control at the water treatment plant.

Through the summer, the city downplayed the presence of lead, but in September, Virginia Tech responded by stressing the severe levels of lead. The local Hurley Medical Center discovered that the number of Flint children with elevated blood levels had doubled after the change in water supply. 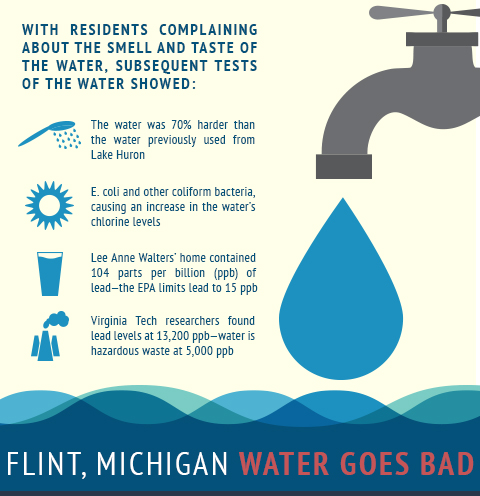 In October, Flint switched back to its original water supply. City and state officials indicated there had been some confusion over the proper treatment protocols, and in December, the new Mayor declared a state of emergency. This declaration was followed by similar declarations in January, by Governor Snyder and President Obama.

Throughout 2016, efforts to clean the water supply continued, and several public officials were charged with criminal offenses. By the end of the year, the lead levels had decreased significantly. Water still needs to be filtered and replacing the lead pipes will take until 2019.

In many places, lead pipes connect homes to the city water mains. Lead is an easily worked metal and was long used in plumbing. The lead pipes are still permitted, provided the lead doesn’t leach into the water.

Chloride ions in the water can cause this leaching—they make the water corrosive. They occur naturally and come from road salt and other sources. The water taken from the Flint River was 19 times more corrosive than the previous water supply. In addition to corrosion of pipes, chloride ions neutralize chlorine, which is used to fight pathogens in the water.

The corrosive effects of chloride ions are removed by the addition of orthophosphate to the water. While 50% of water companies nationwide add the chemical, Flint officials did not. The cost would have been $100 per day.

The damage from lead poisoning is permanent, especially when children are poisoned. Lead poisoning can lead to mental retardation and behavioral disorders. Many children may face long-term deficits as the result of the crisis.

There is at least some indication that an outbreak of Legionnaire’s disease might have been connected to the Flint Water Crisis—10 people died during the outbreak. The lowered chlorine level caused by the chloride ions may have allowed the Legionella bacteria to get into the water supply. 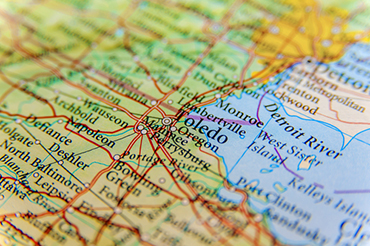 Flint does not stand alone in having a stressed water system. Toledo, Ohio, suffered a major stress on its water supply in 2014. This stress was not caused by a change in water supply, but rather in the water system’s vulnerability to the effects of pollution.

Toledo obtains its water from Lake Erie. While the Lake has been an environmental cleanup success story since the 1960s, it has recently suffered from an increase in phosphorus pollution.

Phosphorus feeds blue-green algae, which can produce a toxin called microcystin. It can cause diarrhea and liver-function problems; it also endangers the lives of pets and small animals.

The algal bloom in August 2014 endangered Toledo because it formed directly over the city’s water-intake pipe, which was miles offshore in Lake Erie. The water supply was, essentially, shut down for only two days, and the response from the city and state was rapid and effective. They were also helped when the algal bloom moved away from the intakes, possibly because of wind.

Phosphorus is necessary for life. But too much phosphorus used in fertilizers can get washed into water supplies like streams and lakes. Wetlands filter phosphorus from runoff water before it gets into rivers and lakes. Reduction and control of the use of phosphorus also would reduce the risk and extent of algal blooms.

Control of the amount of phosphorus is a political issue. The Clean Water Act focuses on pollution from factories, sewers and other single-point sources.

Most phosphorus comes from fertilizer, however, which is spread over large farms and lawns. Also, efforts from the agricultural and fertilizer industries have limited the ability of regulatory agencies to address the problem.

Ohio and other states fronting on Lake Erie have taken some steps to regulate phosphorus pollution. Even with these efforts, however, it will take years to clear Lake Erie of the toxic algae.

Most recently, Wilmington, NC, has found its water supply in a less-than-pristine state. The city gets its water from the Cape Fear River, which flows right past it. Upstream, the Chemours plant has been discharging the chemical GenX, used in the production of Teflon, into the river. That discharge is in minor amounts, 100 parts per trillion.

Also, some of the chemical has been seeping into the river from another part of the Chemours plant as an “unintended byproduct” of other processes. In this area, GenX is not regulated.

The contamination was brought to the public’s attention in early June 2017. While the levels of GenX in the drinking water in Wilmington appear to be safe, at least according to current regulations, Chemours has taken steps to stop the discharge.

The long-term effects of exposure to GenX are not known. The unknowns form a major part of the public concern and the dangers to the water system. If we don’t know the dangers, we can’t assess them or take steps to solve them.

Ranger, TX, a one-time oil boomtown, has a lead problem. City, state and Federal regulators had known about the city-wide lead problem for several years before two-year-old Adam Walton was discovered to have elevated levels of lead. The family’s water contained 28 times the Federal limit on lead in water.

Ranger is served by a small utility not subject to the same regulations as larger ones. They do not have to treat their water for lead contamination until after it is detected, and frequently regulators do not force compliance.

Excessive lead levels have been found in 2,000 water systems around the country, supplying water to six million people. Elevated levels have been detected at schools and day care centers. The contamination occurs in Coal Mountain, West Virginia, with a population of 118, and in Ithaca, New York, home of the Ivy League’s Cornell University.

The United States has over 1.2 million miles of lead pipes used for water delivery. Most of those pipes are at or older than their service life of 75 years. Older cities tend to have older systems—Philadelphia’s water mains predate the Civil War.

Replacement of every mile of pipe is estimated to cost over $1 trillion. Not every pipe would need to be replaced, of course, but the Environmental Protection Agency estimates that needed work will cost $650 billion. 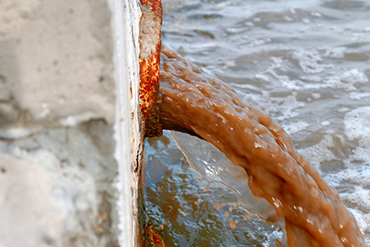 Many people dispose of unused prescriptions by dumping the pills down the toilet. These drugs dissolve and end up in rivers and lakes, which become part of the water supply. While the concentrations are much lower than in the pills themselves, the drugs, especially endocrine disruptors, may lead to problems with development, growth and reproduction.

It appears, for example, that chemicals in the water have affected the development of bass in mater waters. Male bass are carrying eggs—they have become intersex. While strides have been taken to lower the problem in the Chesapeake Bay, more study still needs to be done to determine the extent of the problem.

The Charleston, WV, contamination accidents in 2014 points out a major problem. While the water supply is generally safe, it can become unsafe in an instant. While the water company indicated that the contamination had dropped below one part per million, it seemed clear that little information on the validity of that safety threshold was available.

A February 2014 coal ash spill in the Dan River caused the state to warn people from drinking the water and swimming in the river. The coal ash is toxic. It contains arsenic, mercury, thallium, lead and other contaminants.

Other contamination comes from hog farming. Large hog farms produce a large quantity of hog waste, and if storms cause floods, then the hog waste can be washed into rivers from the waste lagoons.

Drought can also lead to water supply concerns. In drought conditions, farmers irrigate from ground water. Groundwater can carry a higher level of nitrates and other pollutants. Using the ground water to irrigate simply increases the concentration of these pollutants in the ground water—which is also used for drinking water.

With climate change affecting weather patterns nationally and worldwide, more droughts like California’s recent one can be expected. People, agriculture and industry use water. Higher demand for a lower supply will both increase the price and the likelihood of conflict. 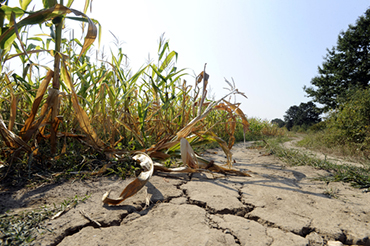 The Government Accountability Office (GAO) expects that 40 states will have at least local, if not regional or statewide, water shortages by 2025. Population and economic growth affects water supplies, which may be under stress for other reasons.

Rising sea levels, for example, will mix salt and fresh water in coastal aquifers. This mixing will require desalinization equipment to render the water fit for human consumption.

Growth estimates for Arizona and Nevada indicate a doubling of the population between 2000 and 2030. This growth will strain the water supply, already scarce in the desert.

Most of the time, in most places, the American water supply is safe and clean. In hard-water areas, personal filters can solve most remaining concerns. People with wells may have little to no problem obtaining sufficient water for their needs.

But the problems in Flint, Toledo, Wilmington and elsewhere point to concerns with the overall system. The crisis in Flint seems to have been caused by a variety of factors, including human error and possibly human malicious behavior. A combination of factor causes other problems, requiring more complicated solutions.

It’s quite possible no one solution will solve all problems, but acknowledging the issues is the first step to a solution.