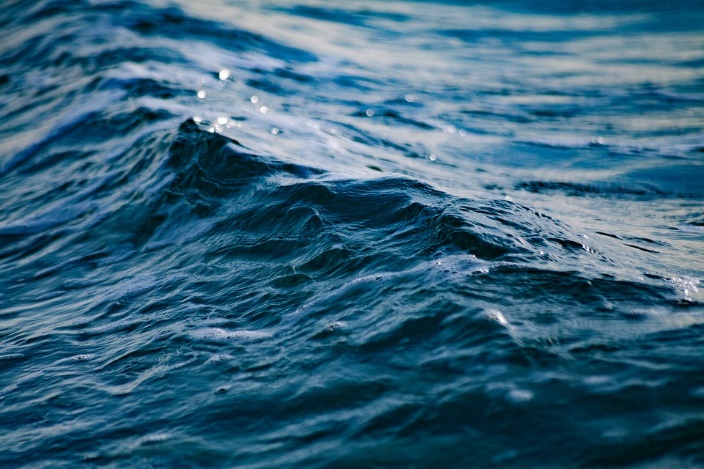 If you’re like most people living in a developed country, you don’t really think of water as a limited resource, and it’s not hard to see why. Your next drink of water is literally as close and available as the nearest water faucet or drinking fountain. You also have affordable and unlimited access to as much as you need. The water itself is sanitary enough for you to take its safety for granted, as well.

On a larger scale, water scarcity is a major issue—one that affects people on every single continent around the world. Approximately 1.2 billion people (or about a fifth of the global population) live somewhere water is physically scarce. An additional 1.6 billion (or about a quarter of the world population) live in a country or region that lacks the essential infrastructure to retrieve water from sources like aquifers and rivers. These shortages are linked to a combination of natural and manmade causes.

That’s where water-focused conservation efforts come in. Effective water conservation isn’t just about each individual doing their part to use water responsibly in their daily lives. Major corporate entities need to be on board, as well. Here we’ll take a closer look at why water conservation is important and how we can expect ongoing efforts to evolve in the years to come. We’ll also shine a spotlight on some of the biggest and best companies currently leading the way. 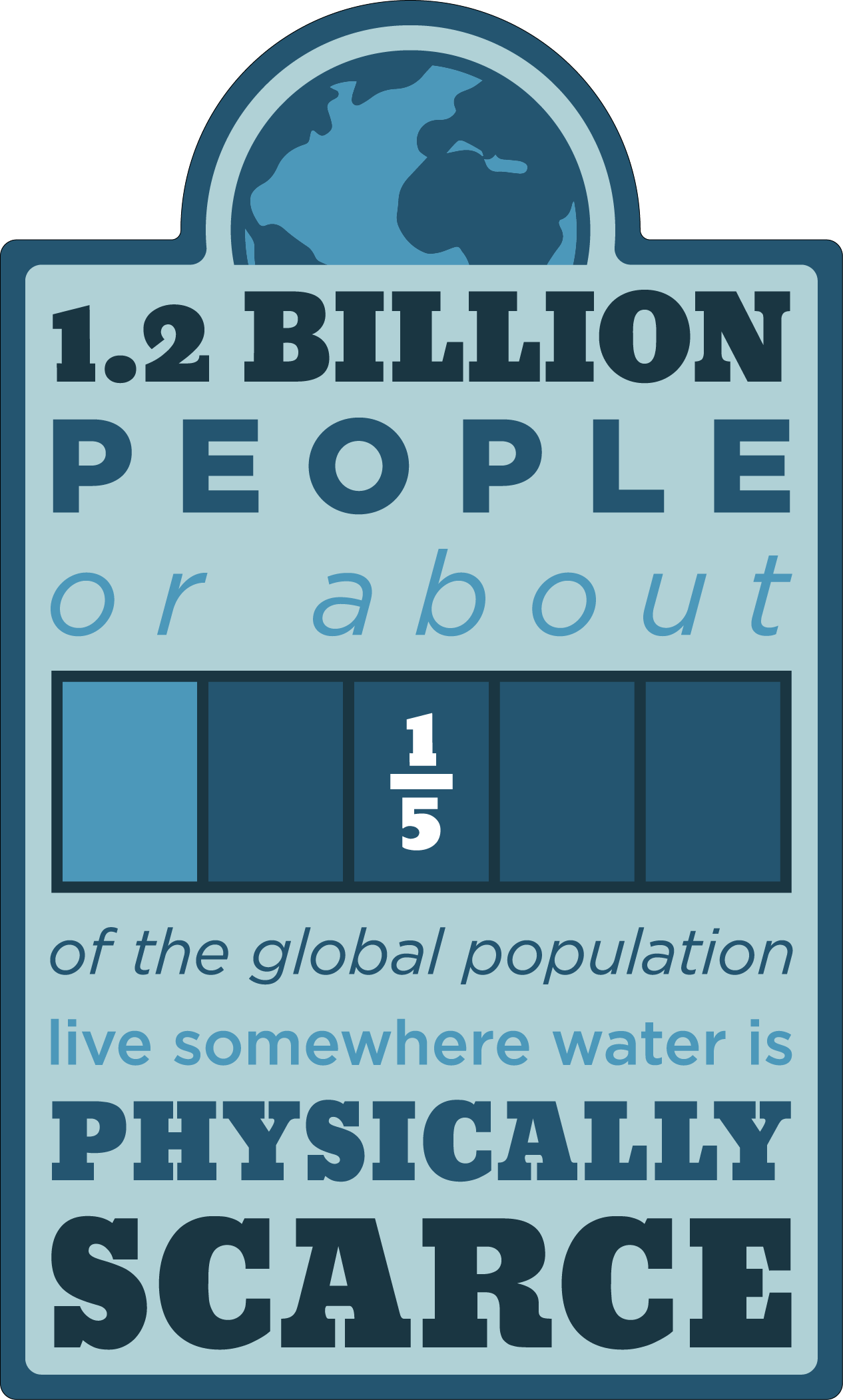 Anyone making a personal effort to use water wisely at home knows that such a decision comes attached to many benefits. Of course, you get to enjoy the warm, fuzzy feeling that comes with knowing you’re doing your part to address a worldwide problem affecting billions of people. However, it’s not long before you start reaping major financial benefits in the form of savings.

This is just as much the case for companies and corporations. Yes, a given company looks good to a growing pool of environmentally responsible customers when they prioritize water conservation. However, that company also saves big bucks to a degree that becomes apparent almost immediately. Goods can sometimes be produced at a fraction of the original cost as a result. Emerging trends toward stronger business ethics find more companies embracing their moral responsibility to humanity and the environment as well.

The following are just a few of the major companies currently taking water conservation to exciting new places and setting incredible examples for others in their industries. Did any of your favorites make the list?

General Electric is a lot more than just one of the biggest names in modern appliances and home efficiency solutions. The company, on the whole, is consistently ambitious when it comes to ecological responsibility. Back in 2008, GE promised to reduce its overall water usage by 20% before the year 2012.

They succeeded with flying colors, setting an amazing example for other major companies in the process. They then set a new goal in the year 2015—another 20% reduction in freshwater usage as compared to data collected in 2011. General Electric also continues to assist homeowners everywhere by producing efficient, affordable, water-conscious products like dishwashers, water filters, washing machines, and many more.

A company like PepsiCo wouldn’t have a product to sell at all if it weren’t for water, so it makes sense that they’d be especially interested in using this precious resource as efficiently as possible. The soft drink giant is currently keeping pace with Coca-Cola, in that regard, to the tune of great success.

Pepsi has spent the past several years identifying and implementing ways it could save and/or replenish more water than it uses in the production of all its products. Both PepsiCo and the Pepsi Foundation have also pledged to help people living in drought-affected regions around the world gain access to safe, clean water going forward. Efforts include the provision of financial backing in regards multiple conservation efforts.

When it comes to water conservation, MillerCoors is truly redefining what it means to commit to wise water usage. The company has established an entire culture of water conservation that has successfully reached every employee at every facility. This, in turn, has reinforced the initiatives and actions of their own MillerCoors Sustainability Improvement Team.

Between 2011 and 2013, MillerCoors succeeded in saving more than 1.1 billion gallons of water. They’ve also gone to great lengths to work with collaborators like independent farmers that are similarly dedicated to ongoing water conservation, as well as identify technologies that could help further streamline the process for everyone involved.

The Ford Motor Company approaches water conservation from an angle that’s very much in line with the United Nations CEO Water Mandate. The mandate cites six core areas of focus when it comes to ongoing efforts—public policy, direct operations, value chain, supply chain, community engagement, and transparency. While Ford pays due attention to each of these areas, they are especially focused on transparency.

The company makes it a point to keep their customers and stakeholders, as well as the general public, perpetually aware of their strategies for addressing wise water usage. By leveraging the power of honest communication, Ford aims to open and maintain an ongoing dialogue that will move future conservation efforts forward as well. 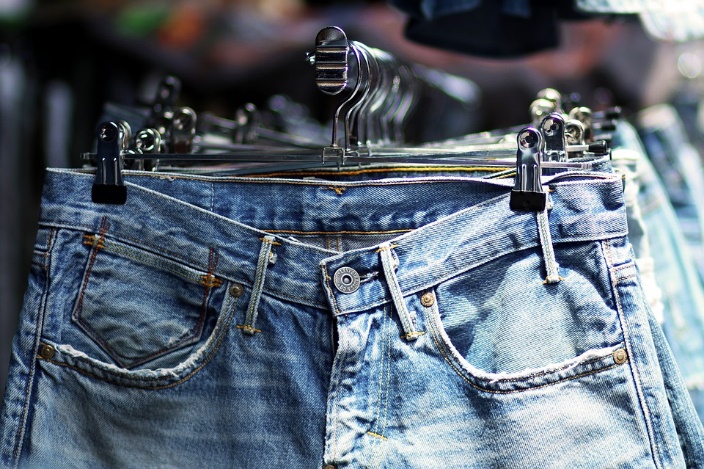 The Gap is more than just a great place to pick up a new pair of jeans. It’s also a noteworthy corporate voice when it comes to worldwide water conservation. The clothing giant sees to it that water exiting each of their plants is at least as clean as it was when it entered, if not cleaner. It also began including information about these efforts on their clothing labels several years ago to keep the general public informed. 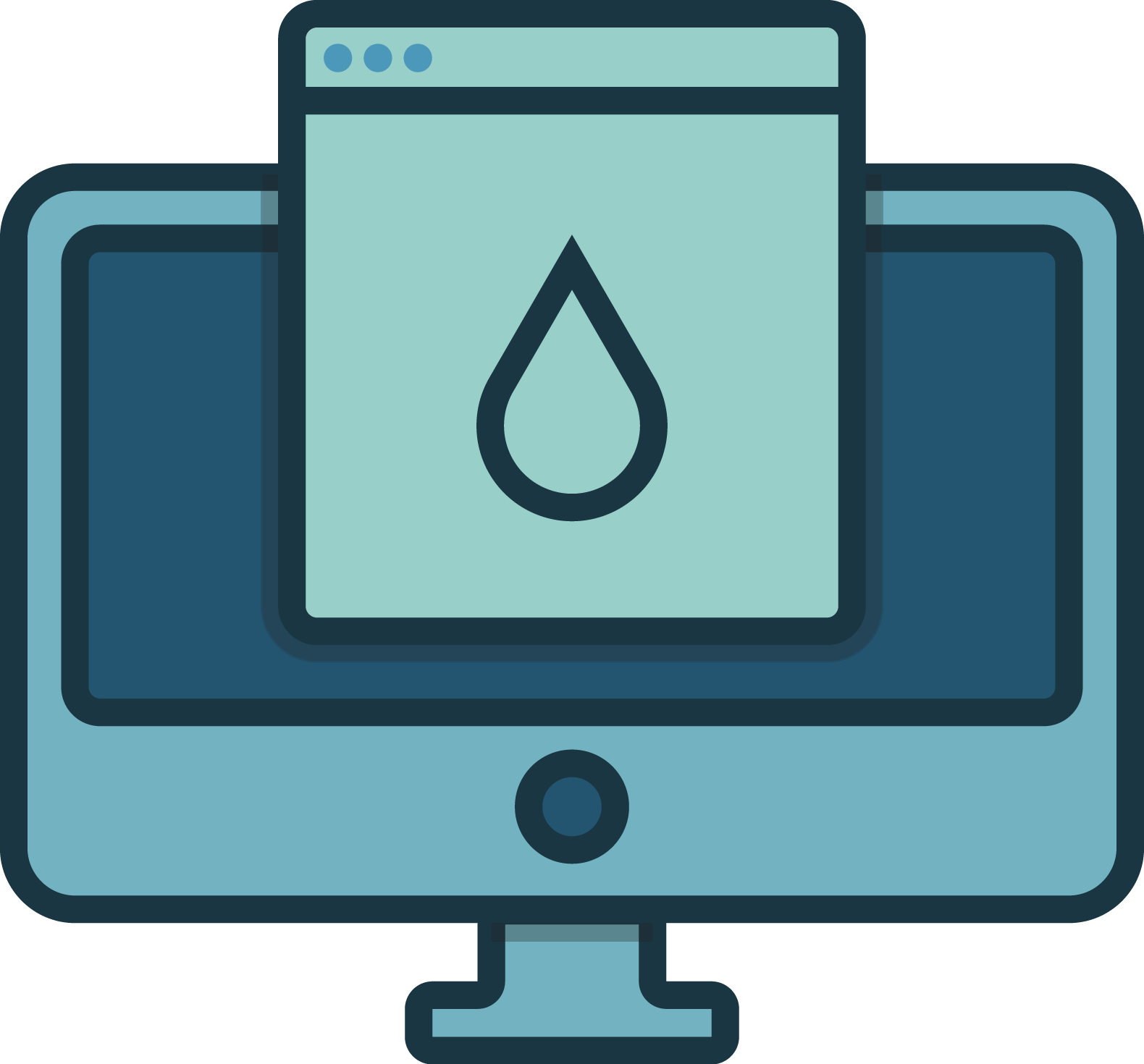 Like General Electric, IBM is a company that is so large, influential, and far-reaching that a water conservation effort of any kind would make big waves. Enter their Smarter Planet initiative! Along with other eco-centric pursuits, Smarter Planet focuses strongly on wise, sustainable water usage and management in business matters of all types.

Since the initiative was first established, IBM’s collective manufacturing operations have successfully been not only meeting conservation goals but exceeding them. For instance, they originally vowed to reach a 2% water savings benchmark within two years but managed to reach an impressive 3.1% instead. IBM is also noteworthy for launching multiple water management projects in locations around the world, including San Francisco Bay and Galway, Ireland.

The Unilever team doesn’t just acknowledge that water scarcity is an ongoing problem. They also recognize the many ways it directly impacts their business, as well as others like it. (The categories into which most of Unilever’s products fall traditionally account for around 90% of home water usage.)

Currently, Unilever is working toward making good on a vow to halve the water usage associated with consumer use of their goods by the year 2020. Approaches include the ongoing development of tools, services, and technology designed to meet the needs of water-scarce communities and developing countries everywhere. 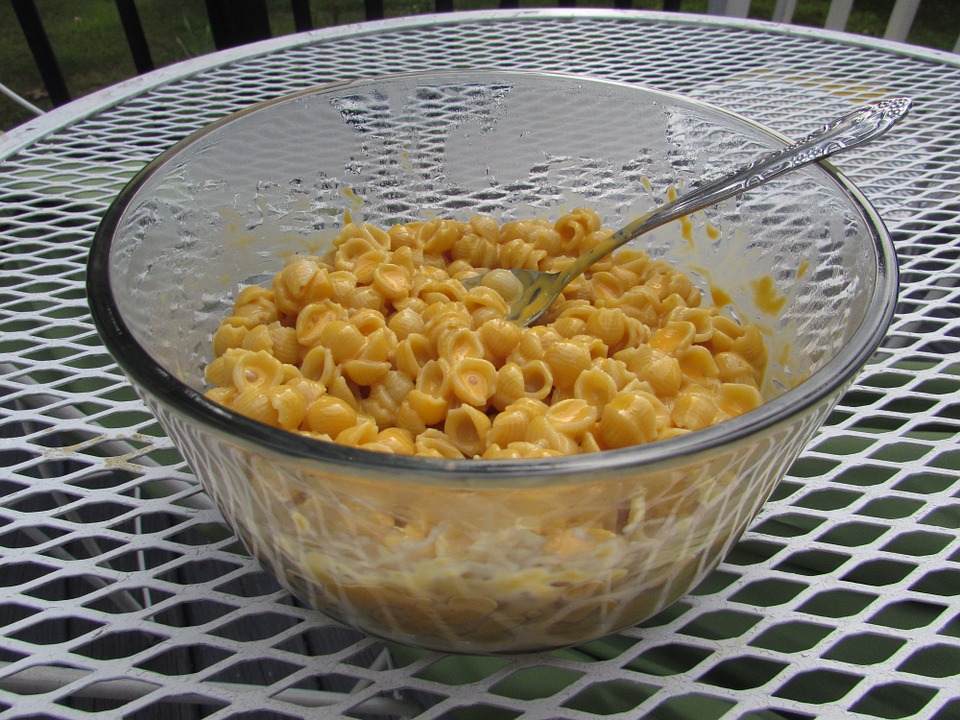 Kraft isn’t just noteworthy for doing its part to assist with the global water conservation initiative. It’s also a shining testament to just how quickly a truly concentrated effort can result in tangible results. Back in 2009, Kraft reported that it had managed to reduce its worldwide water use by an amazing 21% over the course of just three years. (The original goal was to do so by 15%.)

The company used a variety of methods to not only meet but exceed its target. These include the use of a closed-loop system to recycle water at various plants, implementation of strict water usage audits, and ongoing employee education programs to raise company-wide awareness. There were also major changes made to various cleaning processes at many of Kraft’s beverage and cheese plants. 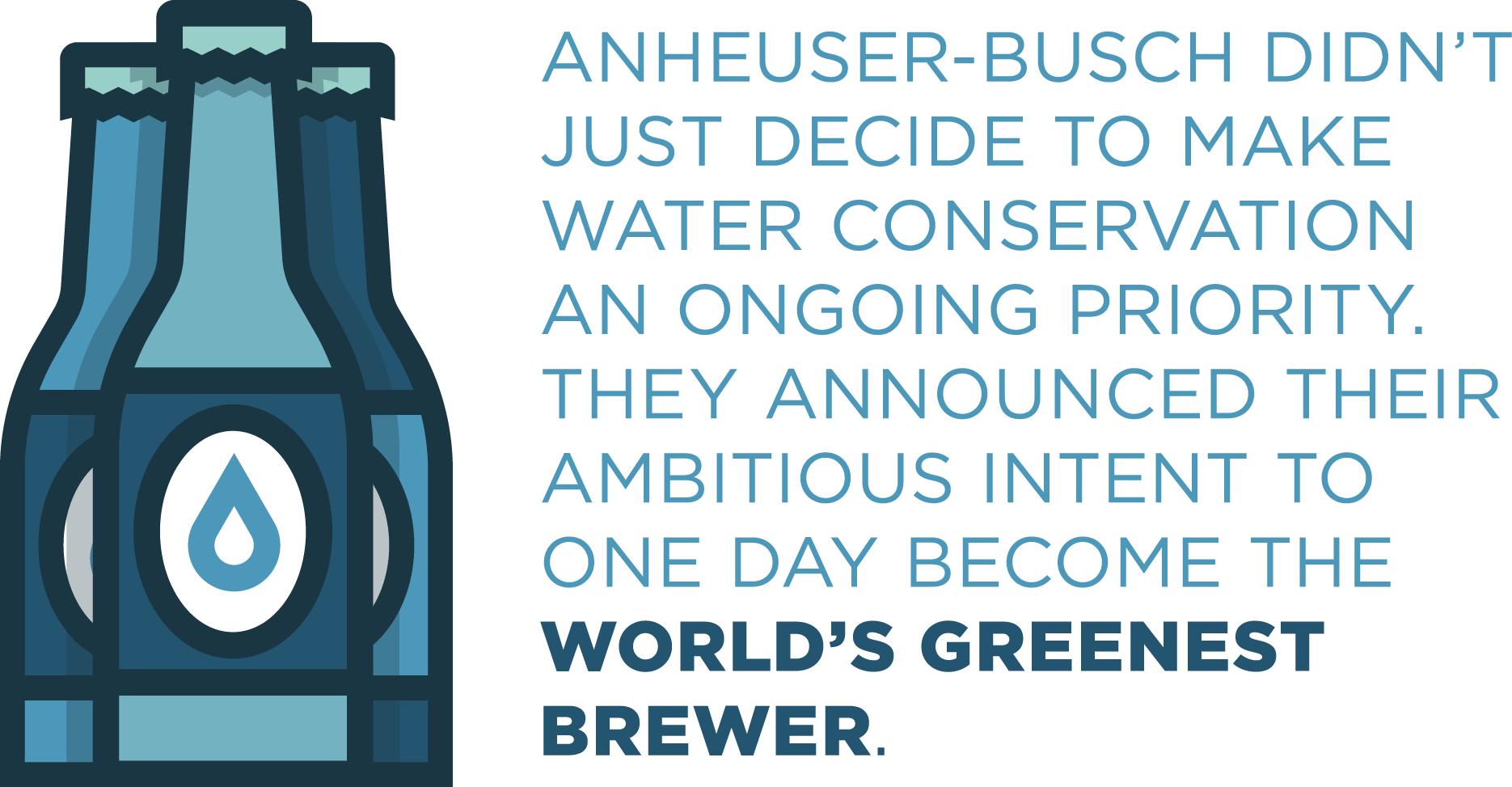 Several years ago, Anheuser-Busch didn’t just decide to make water conservation an ongoing priority. They announced their ambitious intent to one day become the world’s greenest brewer. They began with a vow to reduce their overall water consumption by an impressive 30% in just two years. The company has also been doing an excellent job at chasing that goal ever since.

The original aim was to achieve a use ratio of 3.5:1 when it comes to water used per liter of finished product. Within just a year, two of the company’s major breweries had already not only met but exceeded that goal with the others soon to follow. This impressively fast success story is just one of many that proved to companies all over the world that major progress really is possible with enough dedication.

In 2010, pharmaceutical giant Abbott decided to approach water conservation via a “stress test” designed to result in a 40% use reduction by the year 2011. It wasn’t long before the company started seeing astonishing results. By late 2009, the company had already slashed its water use by 37% to the tune of 1 billion gallons saved each and every year.

Abbott’s efforts are especially noteworthy for shining a spotlight on how big a difference even small changes can make. In addition to bigger manufacturing changes, the company also focused on smaller concerns like quickly identifying leaks, immediately addressing repairs, and implementing timely plumbing upgrades. 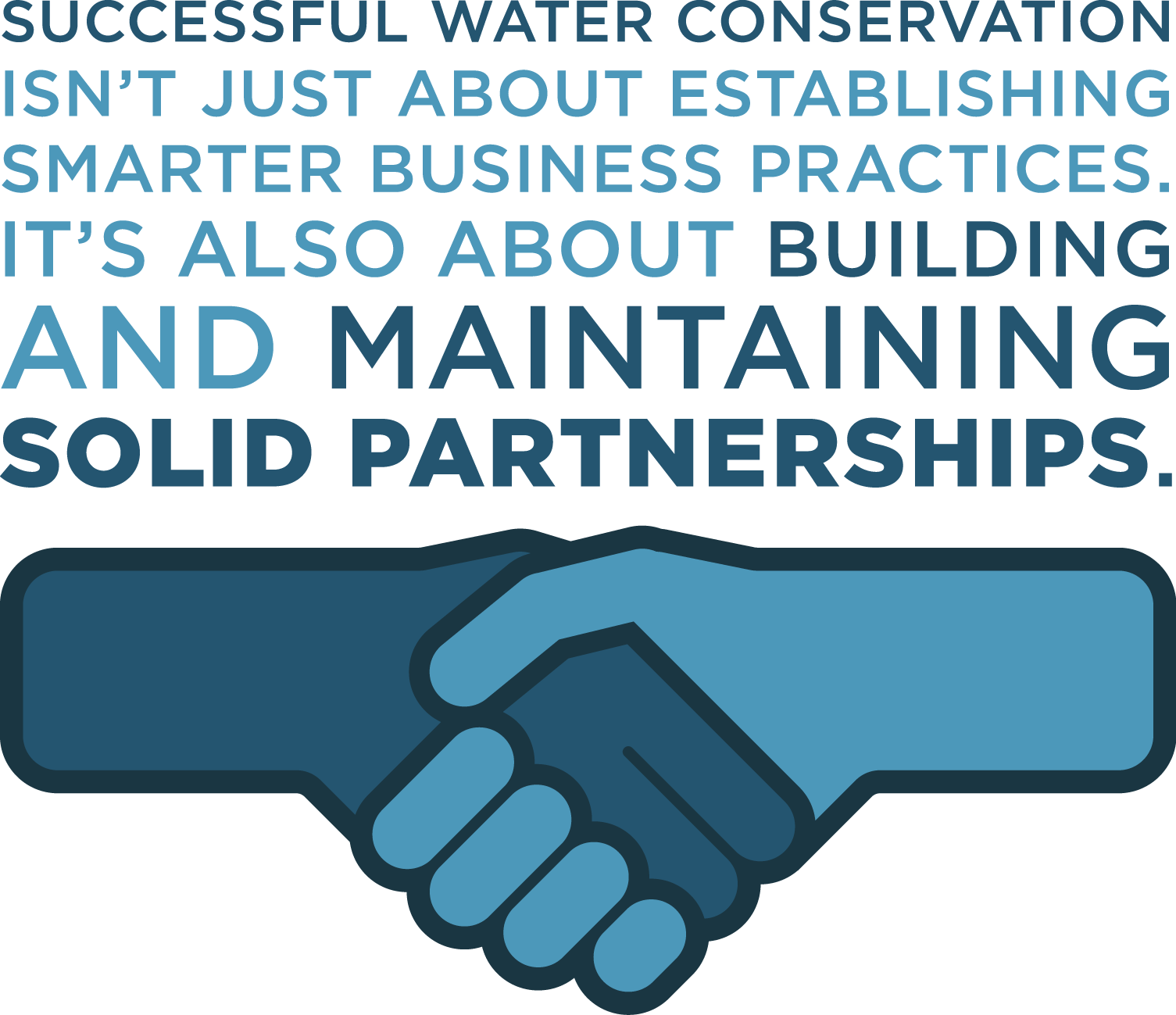 Keurig Green Mountain is an excellent example of a company that believes successful water conservation isn’t just about establishing smarter business practices. It’s also about building and maintaining solid partnerships. As a company, Keurig has invested more than $11 million dollars in non-profit organizations dedicated to solving the worldwide water crisis. They also make it a point to join forces with suppliers and other partners in ways that are sustainable, responsible, and mutually beneficial.

As a company, Keurig is currently working toward a strategic goal to engage 1 million people in its supply chain in a way that improves not only climate resilience but water security. If all goes as planned, this will happen by 2020.

In 2009, Sodexo set about the monumental task of making all of its clients’ operations greener and more ecologically responsible. Part of the process involved reducing water usage by 20% on all sites served by the food and facility services giant.

Sodexo also implemented some very effective changes at its own facilities and operation centers, including the installation of water recycling systems at many of its own laundry facilities to help address the issue of wastewater. That move, alone, allowed the company to reduce its company-wide water use by an amazing 200 million gallons, to the tune of $200,000 in savings each year.

Of course, these are just a handful of the many companies that have wisely made water conservation a top priority over the past decade or so. Thanks to their shining examples, more and more companies like them are following suit every year, getting the world closer to solving the water crisis one step at a time.

How does your company do its own part to minimize water waste and cut overall use? What can you and your social circle learn from the good examples set by companies like these?