Posted by Phil McNamara on 5/5/2017 to Water Education 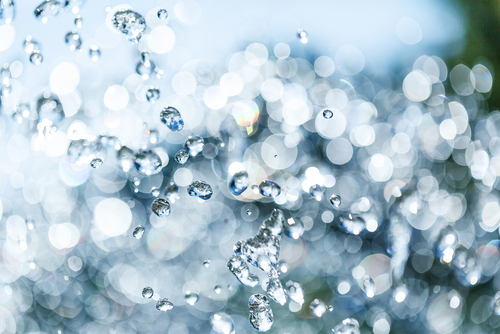 As the main source of life, water is integral to our daily lives. Even so, water is not infinite. In our cities, where fresh, clean water flows where needed, the often difficult and hazardous path it takes to reach our faucets is hard, sometimes, to conceptualize. Depending on the region, water scarcity is a growing concern for cities which are also experiencing population growth. This proves to be of critical importance for cities in the southwest, which are struggling with protracted drought.

For New York City, implementing strict rules that curb the wasteful usage of water is key. Aside from regulation, another element cities often use to combat uneconomical water use is technology. Low-flow and water-efficient indoor fixtures have made the biggest difference in places like New York and Philadelphia. The problem with these two cities is that people in these areas still use toilets and faucets that use more water than necessary.

On the other hand, New York has strict controls, rules, and regulations on the use of water outdoors, making it an innovator in the conservation of outdoor and communal water conservation.

Outdoor water regulation can be locally applied and can be strictly discretionary. By restricting watering days, as well as by offering incentives to replace water-hungry lawns, these two cities have seen their household water usages drop significantly.

Dallas has made use of a meticulous yet simple, two-day watering and irrigation schedule. From this measure alone, Dallas has seen its water usage drop by 10 percent. In Las Vegas, the SNWA has made use of government structuring by instituting rebates and secondary incentives for individuals who replace lawns with water-efficient landscaping.

With the largest budget for water reduction in the nation, Las Vegas has made practical use of information and analytics to understand what works and what doesn't. Through educational campaigns, the SNWA and Las Vegas residents have also realized that it’s unreasonable to try to grow grass in the desert.

In Boston and Chicago, the issue of water filtration due to leaks in the system is a costly problem that is being addressed through a decades-long program in infrastructure upgrades. Fixing leaks in an old system can be a hard sell for some city and municipal governments. The problem is the cost of implementing a structural framework that is also a long-term strategy.

The reality is that leaks in the system may account for the highest percentage of water loss in the whole structure. In some areas, the problem can be as bad as a 40 percent loss from start to finish.

The Massachusetts Water Resources Authority made a protracted effort, starting in the 1980s, to address the problem by going after unaccounted leakage and reducing it by 50 percent. During that period, The MWRA reduced water consumption by 40 percent.

In Chicago, a city with abundant water resources, the process has been slower and less efficient, although studies have shown the Chicagoland metropolitan area loses upward of 22-billion gallons of treated, clean water per year due to the city’s aging leaky pipes.

Weather is also an issue, due to the fact that in the winter, pipes shrink, while in summer they expand. This results in continuous leaks and a deteriorating system. New technology seeks to replace and implement piping that can withstand the weather conditions that affect the area. 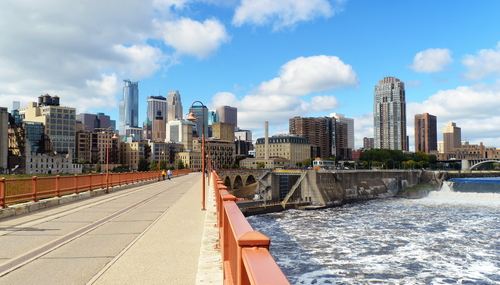 On the other hand, with one of the most bountiful water resources at its doorstep, Minneapolis is taking the opposite approach to water conservation. Minneapolis encourages its residents to use more of its tap water. The city’s former mayor has become a major advocate for the city’s water, arguing that it is cleaner and less expensive than bottled water. His initiative seeks to promote Minneapolis’s use of tap water, instead of relying on plastic bottling that’s shipped to a landfill.

In Austin, where flash floods can happen almost instantly, green stormwater infrastructure is changing the way regulators are thinking about water management. By integrating natural systems like vegetation and soil into a larger scheme of water treatment, the city is able to control the quality and quantity of urban runoff.

The focus is to better understand the way in which water moves through the city’s infrastructure and how to use natural systems to improve and reduce its path. This includes employing porous pavement in parking lots that allows the water to filtrate and not collect. Similar ideas are also being adopted in Seattle, where home collection systems have made smarter use of the cities abundant rainfall. 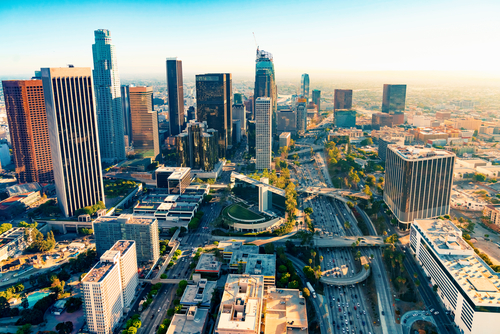 Los Angeles may be known across the country as a water-scarce city. As a result, L.A. must make smart use of its water system to stave off riots in a very real sense. In Los Angeles, water conservation is at the forefront of the city’s concerns regarding safety and security.

The California Green Building Standards Code has made strides in all aspects to reduce the city’s water usage. By implementing ideas used across the U.S., like incentives for replacing water faucets and fixtures, the city has placed regulation and new building construction in a leading role.

In addition, to stem L.A.’s dangerous use of groundwater, the city is looking to revitalize the Los Angeles River, through River LA, a nonprofit organization. The strategy is meant to boost the city’s supply of local freshwater by also mitigating water quality run-off and control during flash flooding.